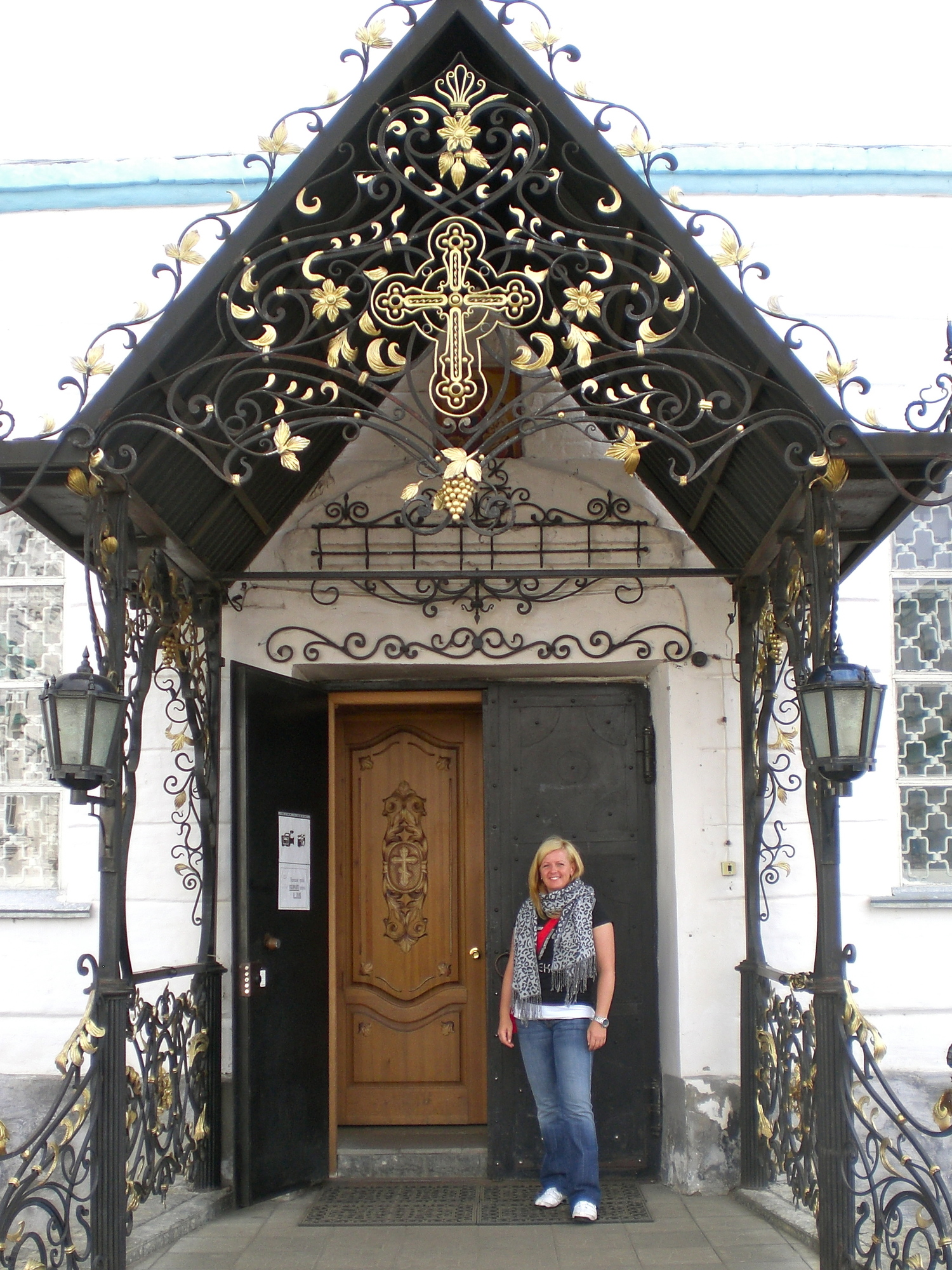 Wednesday has brought about our second rest day of the tournament. It seems like we’re having a lot of rest here, but it’s a function of the structure of a qualifying event like this. With only 6 teams competing and FIH rules which limit consecutive days of games to two, there’s going to be a lot of time off.

Today we didn’t have a meeting, so it was an early gym session for me, breakfast and then the group boarding a bus at 10am to head out to a monastery in the forest. It was actually nice to sit and travel for a while instead of walking around while getting a glimpse of what I would the suburbs of Kazan (they call them “cottage towns” because the houses are single-family dwellings). It’s unfortunate that Russia had a relatively severe winter that has pushed back the onset of spring, because there are a lot of trees and green areas around the city but they’re still sitting bare and brown.

We had ample time to slowly walk around the monastery grounds, enjoying the various gold-laden chapels in the spring sunshine. I went on a spree of taking pictures of as many doors as possible (for those who know me or have seen how I’ve decorated my house, I’ve got a bit of a thing for doors) as many were lovely weathered iron slabs with fantastically sturdy fittings. After seeing the chapels and filling up our water bottles with the pure and apparently blessed spring water available in a small building that was being frequented by many cooler-toting locals, we walked around the still slushy lake. Shortly we found ourselves in a neighbouring village where young local boys were hanging out in groups, desperately trying to remember whatever English they’d learned from TV in order to get out attention.

Back on the bus, we were dropped off close to the Kremlin again and while the rest of the ladies went back into Guiseppe’s hotel for more pizza, I needed to find something a lot more gluten-free. Two of the volunteers took me down the hill to the pedestrian mall to a nice Asian/western restaurant called City Cafe where I happily munched on sushi in between the barrage of questions from the translators about every aspect of my western life. We then met back up with Carolina and Claire and headed to Carolina’s primo destination, the Adidas/Reebok outlet store in a mall across the street from the Mirage Hotel. I’ve been trying hard to be good lately, but I couldn’t help picking up a gorgeous pair of deep red Adidas trainers before we headed back to the hotel. Canadian red, of course!

The rest of the evening was napping, dinner, poker for some and chatting with loved ones over the internet for others. More of a rest day than Monday, but still pretty busy all things considered.

I’m finding myself more and more in need of solitary time after a full week in Kazan. For the others, it’s not as stressful but I’ve now been away from home for 9 weeks and I’m in a constant low-level state of grumpiness – well, constant aside from when I’m preparing for or umpiring a match. Every umpire has a different level of sociability and these ladies are all experienced enough to respect that, and they’re giving me lots of space when I do go off on my own, whether it’s to lunch or just putting on my headphones in the lounge area when I’m on my laptop, and I appreciate it.

Still, putting on those new red shoes today, I had a brief thought that maybe I could click my heels together and wish myself home.