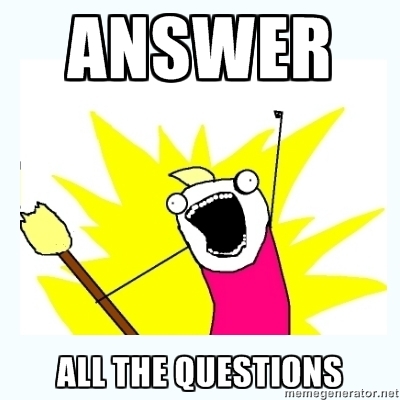 A poster on Field Hockey Forum recently asked for some guidance on playing advantage in the circle:

Watched a game today, twice in short succession there was an offence by the defence in the circle. The ump played advantage both times and both times the players missed the goal / GK saved it. Later in the game, ball was blocked on the line by a body/foot and umpire again played advantage (instead of a stroke).

So brings me to the point, how does everyone feel about that? I was taught that it's safer in the circle to just blow the PC as soon as there was an offence (unless there is a very obvious goal scoring opportunity – i.e. open goal etc.). I do know how annoying it is when a PC is blown as the ball rolls in but the opposite is true as well – the player who is deemed to have an advantage doesn't convert (for whatever reason). I just feel that often it is impossible to call advantage correctly in the circle because the decision needs to be made so quickly and the decision can then not be reversed (i.e. wait and see like in Rugby). What are players more happy / less upset about? Not getting a PC with taking a missed shot or getting a PC before they have the chance to try again?

As for the stroke, can there (in most cases) ever be advantage? Surely we should just blow the PS because of the 99% conversion rate?

Advantage in the circle is definitely tricky. Haven't we all been there when we've blown the whistle and as our arms extend to show a PC the ball trickles over the goal line? Immediately, you feel like this:

And the attackers are you looking at you like:

Luckily, FHU has some advice for just these tricky situations.

When a defender commits a foul in the circle, the umpire has to determine what the BEST outcome is for the attack, i.e. what gives them the best chance to score. The umpire has to understand how proficient the PC and PS is, and then in a split second weigh that against their estimation of what probability of success the attack has to score right at that moment given the ball position, angle and distance to the goal, proximity of defenders, location of the GK, skill levels of all involved… Not easy.

It's a gut reaction that can only come from experience – but not necessarily experience with the whistle at that level, as a player often has a fantastic sense of advantage for the level they play at.

The general rule of thumb I use for advantage on a PS is that I need to see an attacker with the ball on her stick, in a position to shoot from a reasonable angle with an open goal and no defenders able to reach her. That's better odds for anyone than a defended PS, despite that she still may miss the net.

Playing advantage on PCs is more complicated because the probability of success varies so much more. The top international teams in the world may have an 80-85% conversion rate on a good day, and as you move down the levels you get down to 10-15% recreationally and youth.

To play advantage on a PC, I want to see the ball in possession on an attacker's stick, strong side if at the skill level where the players haven't developed reliable reverse stick shots. There should be no immediate pressure from a defender, and there should be no more than two defenders in the shooting lane. The GK can be in the net at a good angle to defend the shot. This “free shot” scenario looks like a PC with the insertion and stop already executed correctly and no PC rules on the hit to comply with, which creates a better scoring opportunity than a PC.

Generally, you know you've played advantage correctly in the circle when the attackers fail to score and are disappointed with themselves and not you. When they do score, well, it had nothing to do with your brilliant advantage and everything to do with their awesome skill (but you know better).

It takes lots of experience, making lots of mistakes each way, and a lot of bravery. Keep in mind the general principles, try to keep a wider view of the play so you can take all the factors into account rather than just focusing narrowly on the ball, and you too can feel like this after a brilliant goal has been scored after you've played an even more brilliant advantage:

So get out there and be awesome.