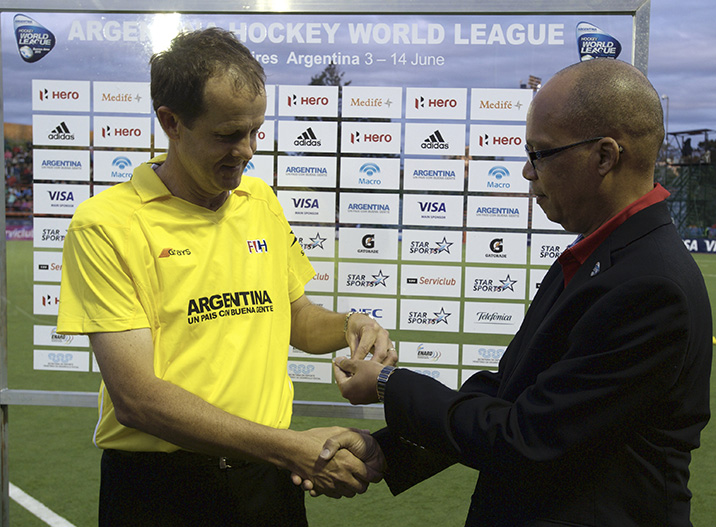 It's a big day for FIH umpires Deon “Floppy” Nel (RSA) and Nor Piza Hassan (MAL), who both achieved their Golden Whistles (officiating 100 senior international matches). Nor Piza is umpiring at the South East Asian Games and Floppy at the Argentina Hockey World League Semi-Finals.

Here are some great shots of Nor Piza's ceremony courtesy of Malaysia Hockey.

The match between Germany and Austria was a milestone for Deon Nel as he umpired his 100th international senior match. The South African becomes the 35th male umpire and the second South African after John Wright to receive the Golden Whistle.

“This is an incredible journey and I love it to meet friends from all over the world,” Nel says.
The Golden Whistle was presented by Willard P. Harris in his role as FIH Representative at the Argentina Hockey World League Semi-Final in Buenos Aires. On Thursday, Nel officiated along with Kim Hong Lae. The Korean is also member of the Golden Whistle team reaching the status in 2012.