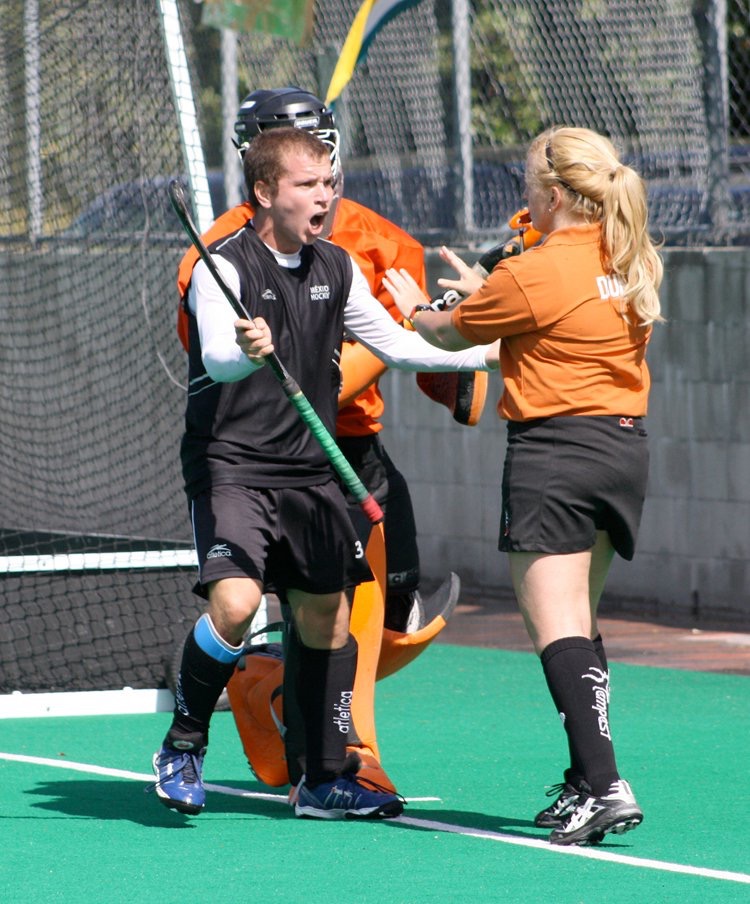 #Askfhu is our ongoing series of posts that focus on a single umpiring issue that you may have been or likely will be faced with at some point in your career. We'll focus on giving you tangible and effective strategies to deal with the situation. We also want to hear about your experiences and suggestions so don't be shy, get your comments on below!

Last week I shared a post where I'd shared my personal checklist for early game management. On FHF, a member asked me to expand on the concept of a penalty corner routine (#5 on my checklist) and why that was important as a management tool. For this piece of advice I owe everything to my colleague and friend Matt Harrison who overhauled and refined my routine, which I now coach to umpires I work with.

The way we manage PCs has a big impact on how we are perceived. In the scope of the game, the flow shifts from the waxing and waning mayhem of free play and suddenly stops. At the highest levels, this is often a moment where the umpire is on camera, which shows close-ups of our expressions and interactions with players. More importantly, it's a big moment in the game. A big decision has been made, and a good scoring opportunity is being set up. It's really important to do it right.

First off, many of us make the mistake of habitually calling a PC and then march straight towards the goal where all the defending players are either already milling about or are heading towards. That's called walking into trouble. Even when you've made the most obvious of obvious PC decisions, you're still getting right up in the grill of several players who are pissed – usually at themselves and each other for having given up the PC, and when it wasn't an obvious decision, YOU.

I've learned that I can contribute a great deal towards not only showing that calm demeanour but also managing players well by simply standing still immediately after making the decision. Borrowing from CardHappy, with whom I've worked as a colleague and in umpire managing capacities, I like his approach of literally counting to 10 in place. Stillness is calm. Walking is busy. The players unconsciously or semi-consciously observe your calm attitude, see that you're confident in your decision and are more likely to calm down themselves.

You also give the defenders those precious moments to swear under their breaths at themselves (or you, but it doesn't matter because you're not there to hear it), regain their breath and composure, and forget why they were going to question your decision before you're accessible. If things are very volatile, standing in place gives you a position of strength from which you can deal with players who then have to deliberately shift their direction and approach you in order to have their say. When you're not walking towards them, it's way easier to see who is coming and be able to deal with the consequences. (It's a recent point of emphasis in dealing with dissenting players to not allow any form of “swarming” or crowding. One player, preferably the captain, is permissible. Any joiners need to be dealt with and not be permitted to join the discussion.)

After counting to 10, you can start your management routine. Usually, the means first approaching the defenders and making sure they're getting their protective gear on (if any), and letting them know how long they may have before you want the PC to be underway. Then you could turn to the attackers who are likely getting to their spots on the circle by now, and checking their feet and maybe pointing at one or two (“I'm watching!”). Then to the injector, on the first PC I will let them know in the simplest way possible that they may inject the ball when I say “play”. Then to the defenders on the line, I'll make sure they're where they need to be and remind them to wait for the ball to move before they do (sometimes with nothing more than sign language). Then I take my position and say “play”. And we're off!

There are so many little things that you are being proactive about with a PC routine like this – appealing, early breaks by defenders and attackers, delay by defenders in putting on equipment, injecting the ball when you're not in position… really – any kind of messiness that could put you into a position of needing to make a tough call in a tough situation.

Do you have a penalty corner routine? Have you tried something else that works well for you? Share your experiences in the comments.